With rising prices and rising gasoline prices, many car owners are worrying about it. Having money to buy a car is not enough money. At this time, four-wheeled sightseeing vehicles began to move forward at a time when the country had promoted environmental protection and energy conservation. The four-wheel tourist bus is a great advantage compared to the price of a small car. Its power mode is the electricity used, and it does not exclude any harmful gas or pollution without any noise. It is now widely used in tourist areas, large parks, factories, schools, etc. However, in order to better serve the society and the needs of customers, the performance of four-wheel sightseeing vehicles is gradually being improved. 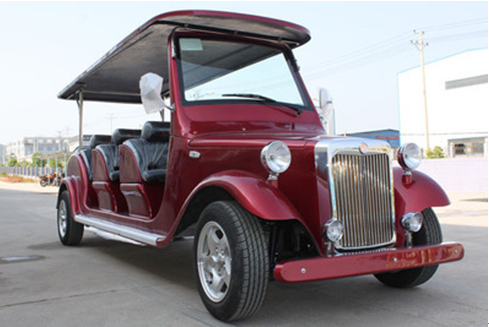 1. The energy density of the batteries used in four-wheel sightseeing vehicles is relatively low. In order to have a longer driving mileage, the load of the batteries needs to be increased, and this will also be four rounds. The quality of the entire vehicle will increase. Most of the fuel vehicles traditionally used in the past are cold-rolled steels used as body materials. The body of the new four-wheel tourist vehicles used today is mostly made of high-strength aluminum, steel, and carbon fiber reinforced glass. Lightweight materials such as plastics are used to make the weight of the car body lighter, and the energy consumption of the vehicle can be effectively reduced. More batteries can be installed to improve the weight of the car. Wheel sightseeing bus driving mileage.

2. When the driving speed of the vehicle is relatively high, the main purpose of the power of the motor of the fuel vehicle is to well restrain the resistance in the air. Because those cars with a front-mounted engine open the grid in the front half of the front, allowing the air to cool the radiator, the reduction in the coefficient of air resistance of the fuel car will be prevented. However, the four-wheel tourist vehicles do not use the engine to cool the radiators, and it is hard to use the open grid. Therefore, the coefficient of the air resistance of the four-wheel tourist vehicles can be reduced to a good standard.