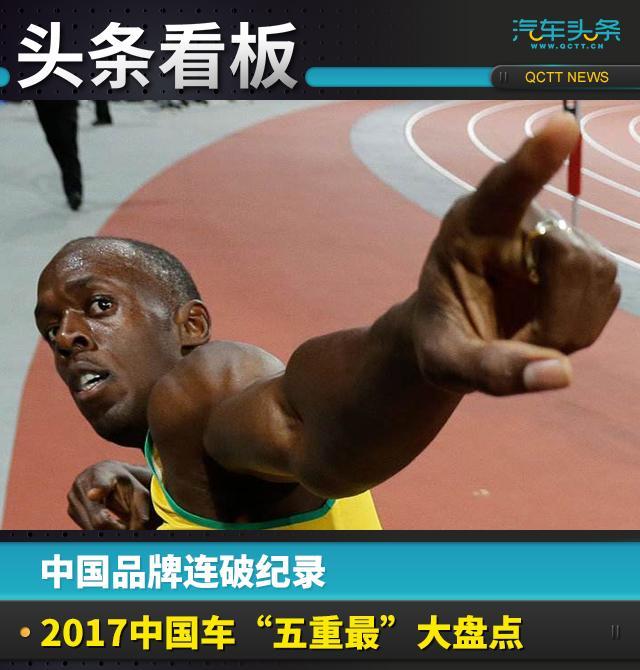 The sun and the moon take turns. 2017, this seemingly extraordinary year, is finally coming to an end. In this year, there was no match for major events such as the World Cup and the Olympic Games, and there were few explosive news that caused a sensation in the world. In the past year, although the â€œbreezeâ€ often caused waves, the overall situation still seemed to be a smooth day after day. This year, the automotive industry with a history of more than 100 years is still developing steadily. However, for the ever-rising Chinese brands, 2017 is bound to be an extraordinary year.

Since 2017, more and more Chinese brands have entered the â€œhigh-speed trainsâ€ of the era, and the momentum of catching up with joint venture brands has become increasingly strong. Today, we can often see Chinese brand models top the list of sales. With the birth of high-profile WEY and Collar brands, Chinese brands have quietly moved from â€œeconomical and durableâ€ to a new direction of â€œpersonality and luxuryâ€. In 2017, there were countless cases of "breaking records" in Chinese brands. They not only broke through the ego, but also set a great record that was unimaginable before. As the year approaches, today's headline APP will lead you to take a look at those new records that Chinese car companies set in mid-2017. 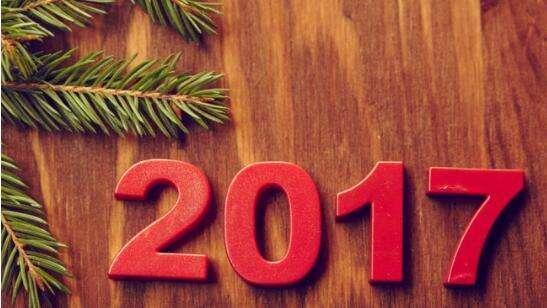 Geelyâ€™s official sales data for November showed that from January to November this year, Geelyâ€™s cumulative sales reached 1,093,491 units, a year-on-year increase of 66%. At the same time, Geely has completed 99% of its annual sales target of 1.1 million units, almost one month in advance. Completion of the annual sales target, and after the increase in the sales target in the middle of the year (Geely sales target set at 1 million). This achievement also set the history of independent brands, but also prompted Geely to become the third independent car manufacturer whose production and sales have broken millions. 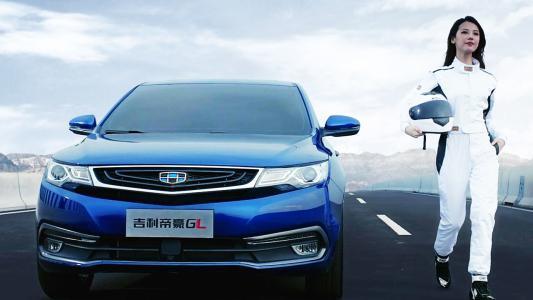 It is worth mentioning that in the product line of Geely Automobile, the proportion of cars and SUVs has almost reached a perfect balance. Regarding the sedan, the series of products led by Emgrand have achieved remarkable sales results. Among them, the Emgrand model has become the only self-owned model among the top 10 in monthly sales. In the continuously hot SUV market, Bo Yueâ€™s monthly sales have exceeded the 30,000 mark. Today, the Geely 3.0 generation of products have achieved "full bloom." 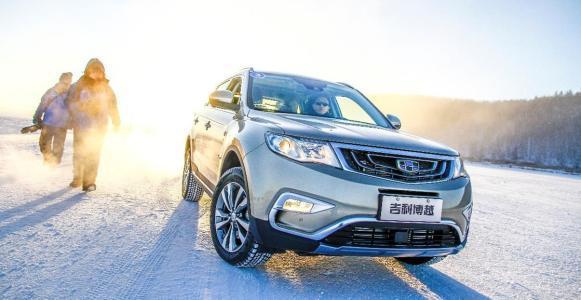 At present, the Geely Automobile official has established a "word of rhetoric," saying that in 2020 will achieve sales of 2 million units. From this point of view, if Geely can continue to maintain its momentum of advancement, achieving this goal is not impossible. By then, a more shocking new record will most likely come into being.

Needless to say, when it comes to Great Wall Motors, it has to think of its most popular star model, the Haval H6. This "spoiler" who has long dominated the monthly SUV sales rankings did not know how many companies had to scratch their heads to plan solutions. In fact, after the "challengers" replaced their batches one after another, the Haval H6 is still very bleak "sit on the Diaoyutai", so that we have to admit that the Haval H6 is a "BUG"-like existence. 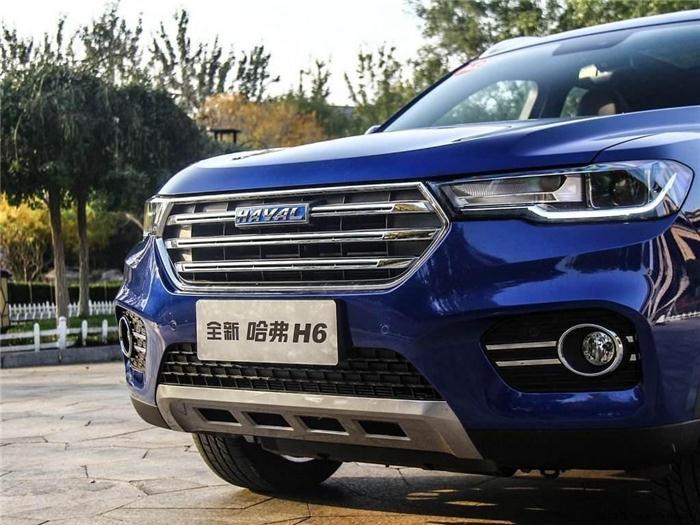 According to statistics, since September 2015, the monthly sales of Haval H6 single-vehicle models have never been lower than 30,000 units, and it has been maintained for 27 months. What is even more â€œhorrificâ€ is that the level of buzz in the model has not shown any signs of abating. At present, there is no competitor with similar influence. This means that this record will likely continue to be â€œunlimited.â€ "Period" continues.

3. The fastest record of orders: collar

The lead correlator with the Volvo XC40 01 was first launched in April this year in China. In the following six months, the lead official organized a large number of propaganda activities for the arrival of new models, which drew consumers' appetites. At the end of November, Collar 01 finally unveiled its last layer of â€œmysteryâ€. At the time, the official guidance price of 15.88-20.28 million people was buzzing. 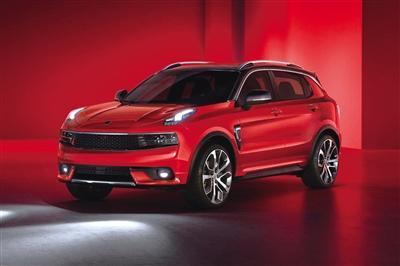 As the first domestic joint-venture brand with high-end positioning, the birth of lead was controversial from the very beginning. It is true that success in the Blue Ocean market, which has never been directed, is really a difficult task. The first mass production model released by Leadker set the price in the price range of the joint venture model, which is undoubtedly an unprecedented â€œbig adventureâ€. 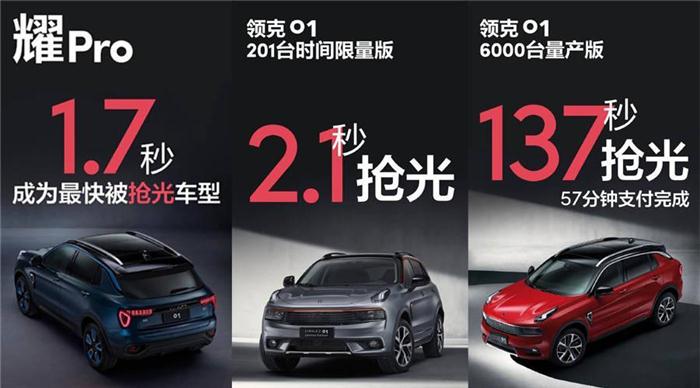 However, it turns out that at least in the early days, Collins had achieved great success and â€œby the wayâ€ created a history. On the day of the listing, the lead player 01 Yao Pro was robbed in 1.7 seconds, becoming the fastest glorified model in history. In addition, the lead time limited version of the 201 sets introduced by the Leadkers was robbed in 2.1 seconds, and 6,000 units were also sold out in 137 seconds. This is comparable to the spectacular scene of the year-end big promotion online shopping activity. We only heard about the limited edition supercar buying activities, but this time it was vividly appeared in front of the â€œhome front doorâ€, thus embodying the collar 01 Unprecedented level of popularity.

There is no doubt that the rapid development of independent brands is a fact that everyone has witnessed. This point is not only reflected in the sales data, the new car's guide price setting also reflects the take-off of independent brands. As we all know, the Buick GL8 is the oldest benchmark product in the domestic MPV market, and a new generation of GL8 also debut this year. The starting price of 22.99 million also laid a good "mass foundation" for the new car. 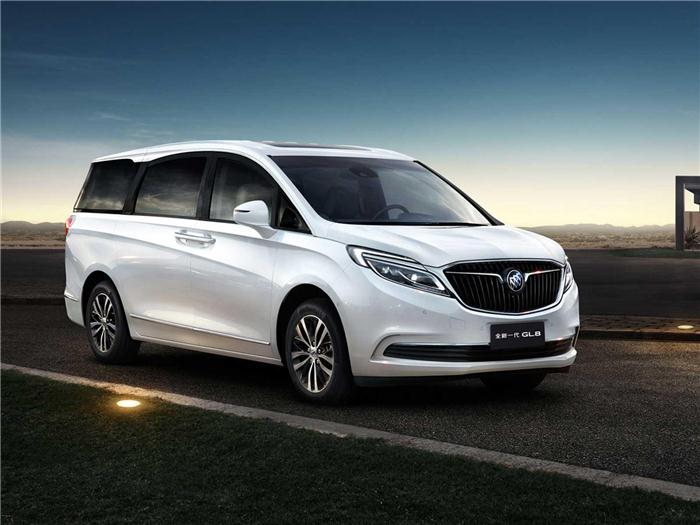 It happened to be this year that a model launched by a self-owned brand unexpectedly became the â€œstunterâ€ of the MPV market. It was the Ruifeng M6. From the surface analysis alone, the Refine M6 has a similar body size to the GL8, and the overall configuration is slightly improved compared to the GL8. According to the previous thinking, the price of the Ruifeng M6, which originated from independent brands, should be a lot lower than that of the GL8, but the facts are very different from our intrinsic knowledge. 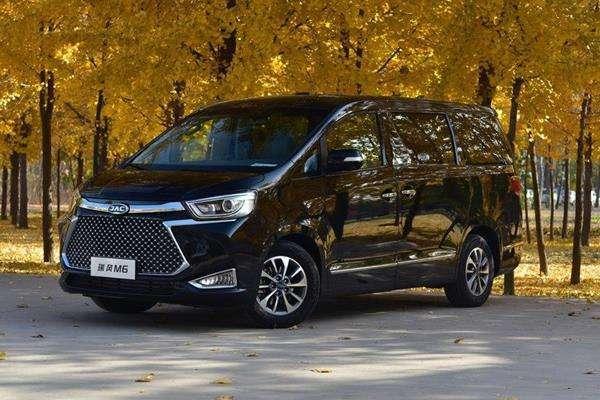 Starting at 239,500 yuan, the price not only dwarfed the GL8, but the price of the top 349,500 vehicles also set a new high for its own branded fuel vehicles in recent years. At present, we do not know exactly what kind of secret weapon Jianghuai holds. However, it is unprecedented in the price level to leave no "face" for joint venture models.

In retrospect, family cars have been in the country for decades, and the replacement of models has occurred thousands of times. The only thing that hasn't changed so far is the traditional model of 4S shop buying. Differently, this year, Weilai Automobile, which was established only for three years, has finally overturned its history and established a new domestic car purchase model. 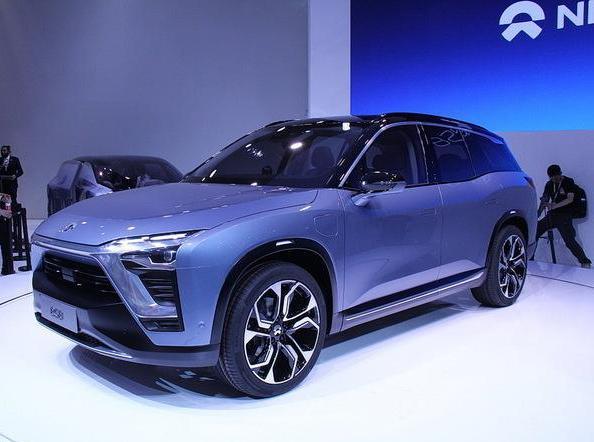 As we all know, under the leadership of Wei Liâ€™s Chairman Li Bin, Weilaiâ€™s original concept is different from that of existing domestic new energy vehicle companies. Bai Wei, Jingdong, Tencent, Xiaomi, and other well-known companies investing in the Wei Lai seems to have never worried about the problem of funds, in exchange for the cost of R & D on the product, and ultimately to create a high-end electric vehicle with a shoulder to shoulder Tesla. 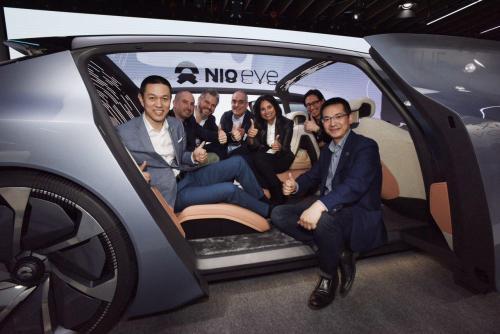 "High-end," "young," and "fashion" are the high-frequency vocabulary people use to describe Weilai cars, and this is not only reflected in the products of Weilai cars. Not long ago, the Weilai Experience Center, located at No. 1 Chang'an Avenue, Beijing, officially opened its doors to welcome guests. The exhibition hall only provides display services, and the real vehicle delivery center â€œhas toâ€ choose another place. "Not engaging in 4S stores" happens to be the best expression of Li Bin's "customer first" business ideal. Nowadays, Weilai Automobile has opened the door to an innovative sales model. Once this innovative model has gained recognition from a large number of consumers, the â€œquasi-national statusâ€ of traditional 4S stores will be severely challenged. 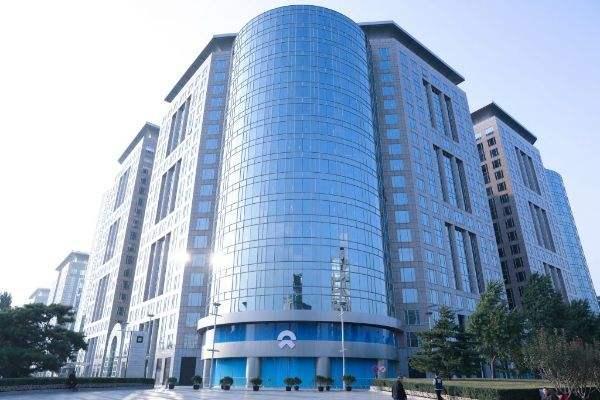 Round Coupling Nuts, Slotted Round Nuts, Special Round Nuts